What did you see in the Sunset Boulevard slap? 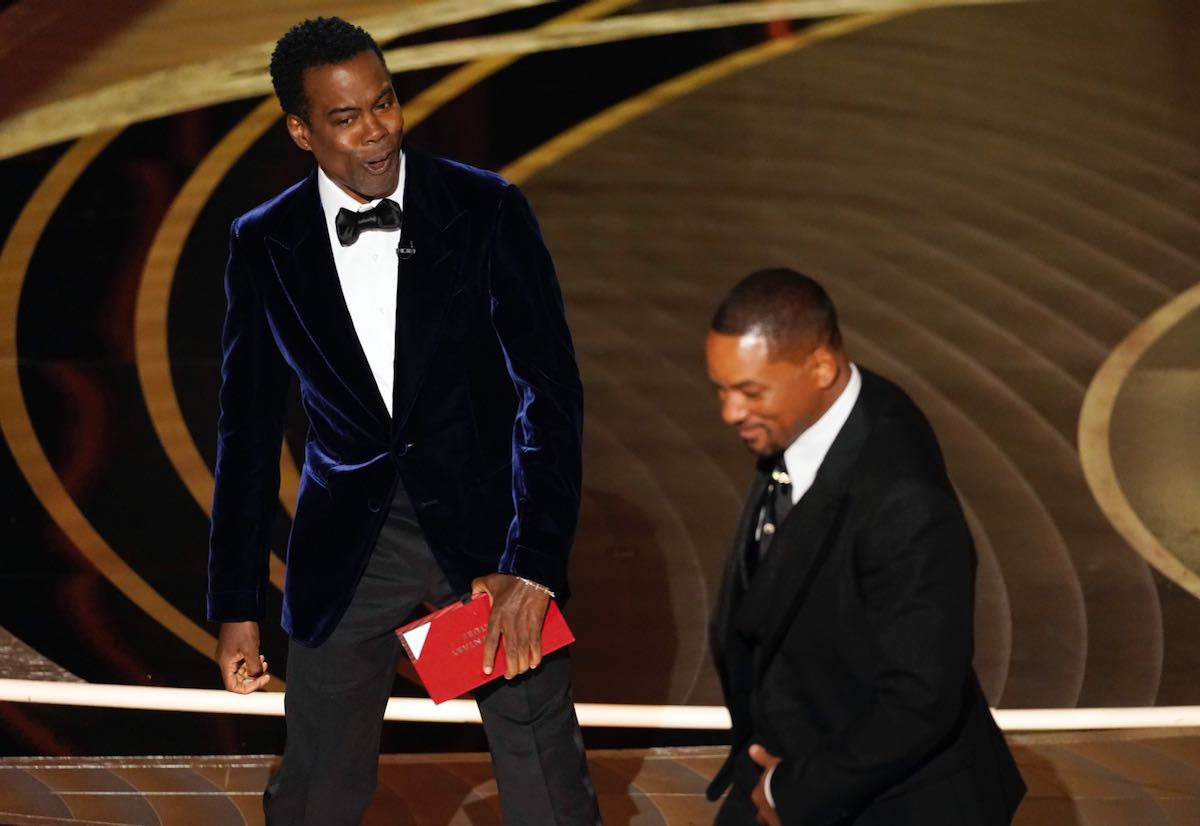 What did you see in the Sunset Boulevard slap?

I stopped watching the Oscars because of the self-aggrandizing that takes place every year: Hollywood patting itself on the back for making movies that most of us have never seen.

I’ll Pass. I was watching “Spider-Man: No Way Home” on Sunday when I received a Facebook message about The Slap.

The Oscars pulled me right back in.

As we now know, Chris Rock made a joke (which was very lame) about Will Smith’s wife’s hair. Jada Pinkett Smith apparently suffers from alopecia, which is why she is sporting low-cropped hair. Smith did originally laugh at the joke, until he saw that Pinkett Smith didn’t think it was funny. After that, the rest was American history or Black history or Movie history (I can’t decide, so you pick one).

Everyone has an opinion about why it happened and what it meant. The “respectability politics” crowd didn’t like Black men displaying such offensive behavior in front of the world. Has that crowd ever seen the music video “Tip Drill” on “BET: Uncut?” The “protect our Black women” crowd cheered Smith for slapping the taste out of Chris Rock’s mouth. Has that crowd ever been to a comedy show and watched someone in the front row get eviscerated by a comedian? The “free speech for comedians” crowd believed that it was just a joke and that the Smiths have thin skin. Has that crowd ever heard a joke that made them wince?

The Slap, as I see it, wasn’t about what happened that night. It was a culmination of recent events that have happened in Will Smith’s life. His wife acknowledge that she had an affair with singer/rapper August Alsina while she and Smith were separated. Pinkett Smith has referred to it as an “entanglement,” or as Grandma would say, “relations.”

In 2020, Pinkett Smith admitted the affair to her husband, for all of us to see, on the social media platform Facebook Watch. Since then, Smith has been clowned for looking sad and his wife ridiculed for embarrassing him.

Flash forward to 2022. Smith is giving his acceptance speech and crying while holding an Oscar. Usually if a man slaps/punches/kicks/kills another man for disrespect, he never cries about it. His main emotion would be anger.

Maybe Smith feels that he could have done more to keep his wife from stepping out. In that one moment, when he saw his wife’s disapproving face, he snapped and went up on stage. Maybe he didn’t want to fail her again. And for that, Rock’s face took the brunt of his marital woes.

People believe the things that most resonate with them based on life experiences. Chalk it up to being human.

By Friday, there will be no need to continue to debate about an event that could have happened on any street corner in America. Rock is not going to press assault charges against Smith, and Black folks won’t be excluded from the Oscars because of this. (They need all the people of color they can get.)

If you personally wouldn’t have slapped Rock, that doesn’t mean you hate Black Women. Maybe you just would have handled it differently.

Comedians, on the other hand, should be concerned. Expect to see more people going up on stages, trying to lay hands because of a joke. I see a future where a lot of martial arts schools will have the Chris Rock special rate.