‘What am I supposed to do?’; Baby formula shortage continues to cause panic in Charlotte 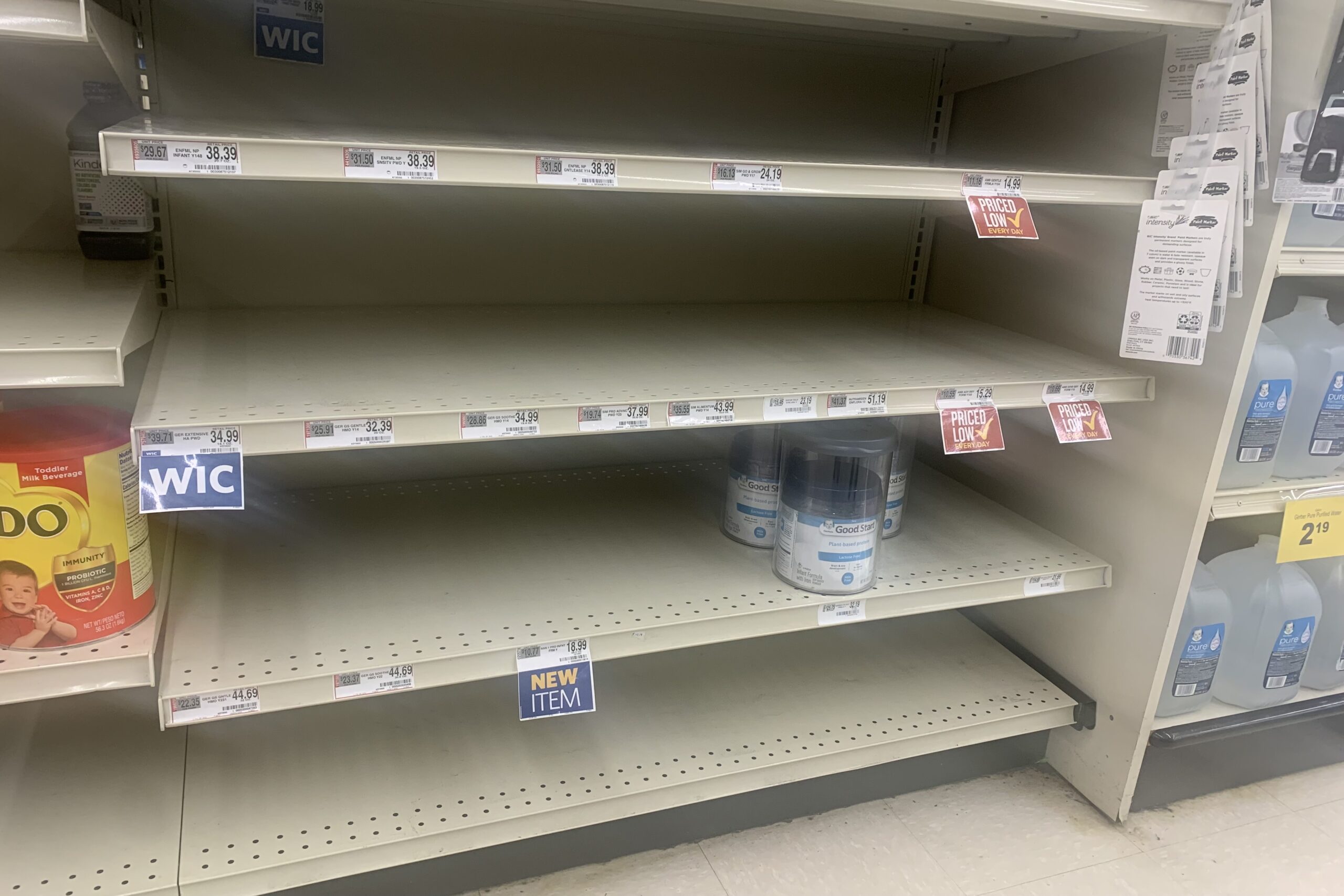 ‘What am I supposed to do?’; Baby formula shortage continues to cause panic in Charlotte

There was a feeling of panic for Sherianne Breeland as she walked down yet another aisle with no baby formula. Everyday she goes out to the store to find food for her five-month-old son Josiah with little success.

“My son still has about four cans left, but it’s the sample of cans that the doctor’s office provided me and those typically last, maybe a day at the most,” she said.

Josiah, who has a protein allergy, has to get hypoallergenic milk and a specific type of formula. Breeland has tried a number of different brands with him but finding a consistent product has been a struggle.

She is one of many mothers across the country who have been impacted by the baby formula shortage.

In the US, 75% of babies consume formula by the time they’re six months old, according to the CDC.

Between January and March, the FDA conducted an investigation at Abbott Laboratories, the leading infant formula manufacturer in the US, due to speculation of its formulas connection to infant illnesses and deaths due to contamination.

How bad is the shortage?

Their investigation identified several health and safety violations separate from the contamination that resulted in the plant’s closing, sending families across the county in a frenzy.

On Sunday, more than 76,000 pounds of infant formula arrived in Indianapolis from Europe in part of President Biden’s “Operation Fly Formula” plan, which authorizes the use of military planes to bring in shipments from abroad to address the current shortage.

As of Tuesday, shipments have yet to reach Charlotte as some of the Queen City’s health systems are challenged with aiding families in need.

A spokesperson for Atrium Health said they are not aware of how or when the government is rolling out the imported formula.

Lyn Nuse, senior medical director of pediatric primary care at Atrium Health Levine Children’s Hospital, encouraged families to check smaller stores and drug stores, which may not be out of supply when the bigger stores are.

While online shopping may be more expensive, it can also help for the time being, she said.

Atrium pediatric facilities are currently offering some samples to families in dire need of formula.

“While we have a lower supply of samples on hand, we have been able to meet the needs of our Atrium Health Levine Children’s patients to date,” Nuse said in an Atrium blog article. “We encourage anyone with questions or concerns to contact their pediatrician.”

“The supply chain backlog that we’ve seen from other products is effecting formula as well and families who are starting to stockpile formula is taking more formula off the shelf,” she said.

Ohmstede encourages mothers who are breastfeeding or plan to breastfeed to continue doing so until the shortage is over.

She said it is “perfectly fine” to switch back-and-forth between formulas as often as needed. She recommended combining formulas to help children adjust to new brands with time.

For Charlotte resident Suzanne Young, finding baby formula has become her own personal mission despite her own children being past their baby days.

“Even though my children are grown, I can relate with how that has to feel,” she said. “Once you’ve been a mom, that doesn’t leave you and I really feel for these moms.”

Young, a merchandising and retail auditor, saw the opportunity to help by starting her Twitter page “CLT Baby Formula Watch.” She shares photos and tweets of available formulas whenever out at different stores.

She asks that those who find formula at their local store to tag her page on Twitter so she can retweet it or email her at BABYFORMULACLT@gmail.com

For Charlotte mom’s like Sherianne Breeland, the exasperation continues as her options become more scarce by the day.

She said she reaches out to her pediatrician for more supplies often but even she doesn’t always have the resources to help nor future solutions.