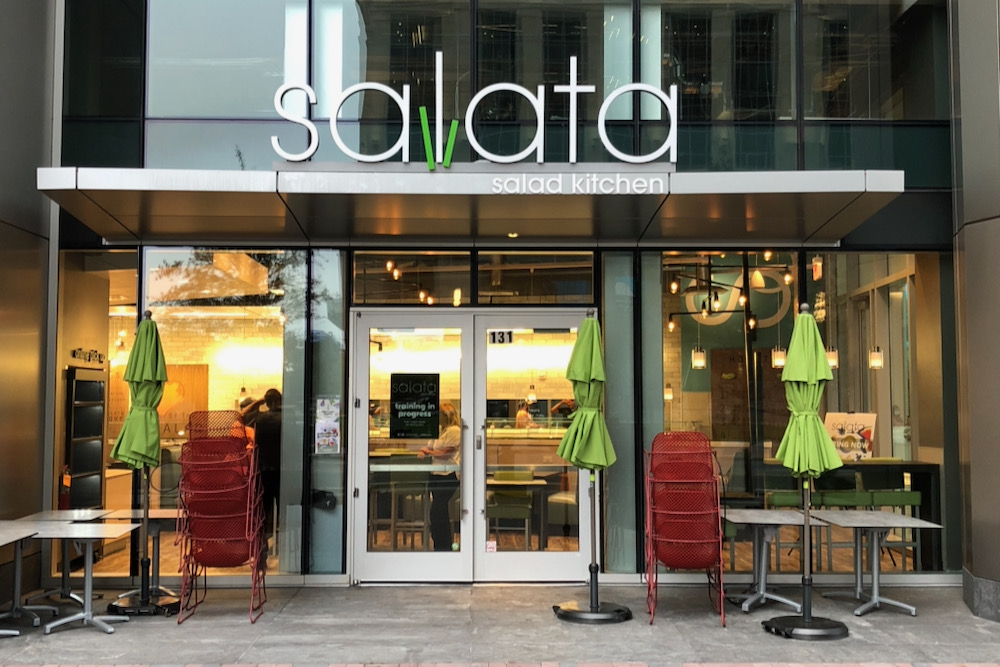 Two investors with former ties to the Charlotte Hornets will open a Salata Salad Kitchen on the ground floor of an uptown high-rise later this month.

The investors, André Walters, the team’s former vice president of legal affairs, and Derrick Brown, a former player, are owners of Free Fenix, a venture capital firm based in Charlotte.

Free Fenix also has a “significant ownership interest” in Duck Donuts, with stores in Charlotte, Huntersville and Atlanta, according to its website.

Brown, who attended Xavier University and graduated with degrees in marketing and entrepreneurial studies, was drafted by the Charlotte Hornets in 2009, the 40th player selected that year. Walters has a law degree from the University of Baltimore and a MBA from UNC Chapel Hill.

The restaurant chain grew from a single salad bar in downtown Houston in 2005. It now has locations in 42 cities across four states. Walters and Brown have an “ownership interest” in the chain’s Charlotte market, according to their website

The uptown location is set to open Sept. 30 in the Ally Building, 601 S. Tryon Street.