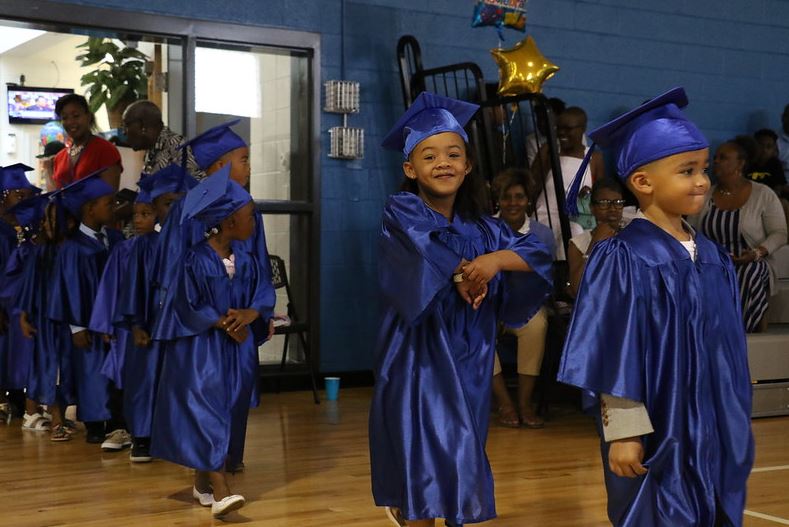 In a push to help improve the odds of children escaping poverty, Charlotte has invested an estimated $400 million in expanding pre-kindergarten and securing affordable housing.

The local focus on these two issues increased after Charlotte ranked last among 50 major cities in a Harvard and University of California-Berkeley study on economic mobility, commonly referred to as the Chetty study. The effort has been championed by Leading on Opportunity, which hasn’t come up with a way to measure progress on these initiatives yet. However, the work has been ongoing.

Both public and private entities rallied to support funding of pre-kindergarten in hopes of securing young children’s future success. Mecklenburg County started to fund its own program, Meck Pre-K, four years ago. The private sector gave $6 million to help increase the number of degreed teachers for the extra classrooms. The idea was to expand pre-K spots for low- to moderate-income families and eventually provide it for all regardless of income. That happened this school year, a year early.

“It could be awareness among families about what’s out there and what’s available to them. Or, we just see a lot of uncertainty and fear around COVID and people wanting to keep their children home.”

This year, the county is spending just over $23 million on MECK Pre-K for a total investment of $69 million. That program, along with Charlotte-Mecklenburg Schools’ Bright Beginnings, partly funded by the county, and the state’s pre-K program, serve a total of 5,800 children in the county. That’s up 45% from before Meck Pre-K started. The county’s goal was to get to 9,600 by 2024.

Jake House, the head of Smart Start of Mecklenburg County worries about a shortage of early childhood workers magnified by the pandemic.

“Our vision is to have true universal pre-K throughout this county. I fundamentally believe that demand will be there, but right now we have a supply problem.”

Any gains these students may be making are overshadowed by a steep drop in learning for students of all ages since the coronavirus pandemic began and CMS went remote.

A look at affordable housing

If you want to see Charlotte’s push for affordable housing in action, go to the one-mile stretch of West Sugar Creek Road around I-85 in northeast Charlotte. Since 2018, Charlotte’s Housing Trust Fund has supported the building of more than 400 affordable apartments.

Greg Jackson, who created the nonprofit Heal Charlotte, runs a shelter at a hotel up the street and lives nearby. He acknowledges the increase in housing, but worries about the lack of other services and resources.

“You can look and say, ‘Oh, wow, there’s new shiny buildings everywhere. And we’ve done our job,’” Jackson said. “Yes, the city has built so much affordable housing, right? But what have you placed these residents around that will take them from 50 out of 50 and grow in upward mobility? And that hasn’t happened.”

Indeed, Charlotte has built and preserved nearly 4,600 affordable housing units over the past four years. Voters approved $100 million in bonds to support that effort. The private sector has pitched in an estimated $160 million.

Jackson points to a lack of grocery stores and doctors’ offices. There are several hotels, some in rough condition, that serve as homes for many people.

The area is one of six the city is focusing on through its Corridors of Opportunity program designed to bring jobs, improve infrastructure and transportation. And Charlotte’s 2040 plan aims to tackle some of the same things. But that’s a long-term vision. To meet a pressing need most of the units the Housing Trust Fund has supported in recent years are in areas where it’s cheaper to build.

“I get calls all day. But at the end of the day, there’s nowhere that I can really refer people to,” said Jessica Moreno, a tenant organizer with Action NC. “There’s no housing that I can say these are the housing that you don’t have to wait years, decades to get on a list, to get housing that’s affordable to you .”

It’s hard to say how big the affordable housing shortage is now. The city calculates those numbers based on census figures. The most recent are from three years ago. It puts the shortage for Mecklenburg County at nearly 31,000 rental units affordable for households making below 50% of area median income, which is now about $42,000 for a household of four. In 2017, that number was estimated at 35,540.

“I don’t think it’s surprising to hear that housing instability and homelessness are increasing,” said Mecklenburg County housing researcher Courtney LaCaria. “Those were things that actually were already trending and in a bad direction before the pandemic, and they’ve only become worse as a result.”

In 2021, average rental rates for apartments went up nearly $200 with the largest increases among lower-priced units.

The fair market rent for the Charlotte area is $1,151. That’s the amount the federal government considers it would take to rent a modest, safe and clean 2-bedroom apartment.

Meanwhile, the median house price for the Charlotte region went up $92,814 since the start of the pandemic, with just over a third of houses going for less than $300,000.

People looking to buy those cheaper homes have some added competition these days. Wall Street-backed companies that can make cash offers, often above the asking price, are snapping up a lot of them. An analysis by UNC Charlotte’s Urban Institute last spring, found these companies owned 4.3% of single-family homes in Mecklenburg County.

“We have people who are moving to Charlotte every day. Charlotte is an incredible place to live,” said Ralphine Caldwell, who heads Charlotte’s office of the Local Initiatives Support Corporation, or LISC, a New-York based nonprofit hired to help manage Charlotte’s affordable housing effort. “But we also know that our current residents need affordable housing and costs are continuing to go up.”

The greatest need for affordable housing is at the extreme end – for example, a household of four that makes $26,000 a year – and yet less than a quarter of the units Charlotte has created or preserved in the past few years have been for people making below that. Caldwell says that’s because it’s pricey – not only to finance them but to provide services so residents don’t flounder.

“You have to have sufficient financial backing to be able to place them in a situation that they can remain and maintain their dignity as they continue to get the services that some of the organizations out there offer.”

Housing prices also are surging in many areas that have long been affordable. You can see that in the Lakeview neighborhood in northwest Charlotte. It has views of the uptown skyline. Homeowners here get lots of offers to sell, and rents are rising, forcing longtime residents out. Counteracting that is a priority of the Lakeview Neighborhood Alliance.

Jamall Kinard, the group’s director and a Lakeview resident, recently led a meeting of alliance members in a church fellowship hall.

“We can’t build community if people are at risk of getting put out of their homes,” Kinard said, going over the group’s priorities, including addressing displacement and economic mobility. “OK, if we do get you to stay in Lakeview, how can we put you in a position to where you are improving your situation?”

Lakeview has a lot of challenges, but there’s hope here too among residents – and those watching from the outside, to see whether the solutions the neighborhood comes up with may be part of a broader answer to not only preserve affordable housing but increase opportunity for Charlotte’s lowest-income residents. United Way, Bank of America and First Presbyterian Church have given the neighborhood funds to use as they see fit to help strengthen community leadership and engage residents.

Johnny Sibley has lived in Lakeview since the ‘70s. He says gentrification has hit it hard in recent years, but things are getting better and he credits the alliance with that.

“Because we’ve got someone standing up for us. There’s the new condos coming in,” he said. “We’re trying to make sure that they have what we call affordable housing, so the people in this community can afford to go in them.”

Teddy McDaniel, the head of the Urban League of Central Carolinas, says with investments like these in Lakeview and similar neighborhoods, he sees a shift from what he calls patriarchal philanthropy to empowering groups that have dealt firsthand with the impacts of segregation and racism.

“For us to kind of close some of these gaps, you got to go hyperlocal — hyper into those groups, sit with those folks, understand their challenges.”

And he says, let them decide what’ll give them a better shot at opportunity.

This story is part of a series looking at efforts to improve equity in Charlotte. It is published in partnership with WFAE.