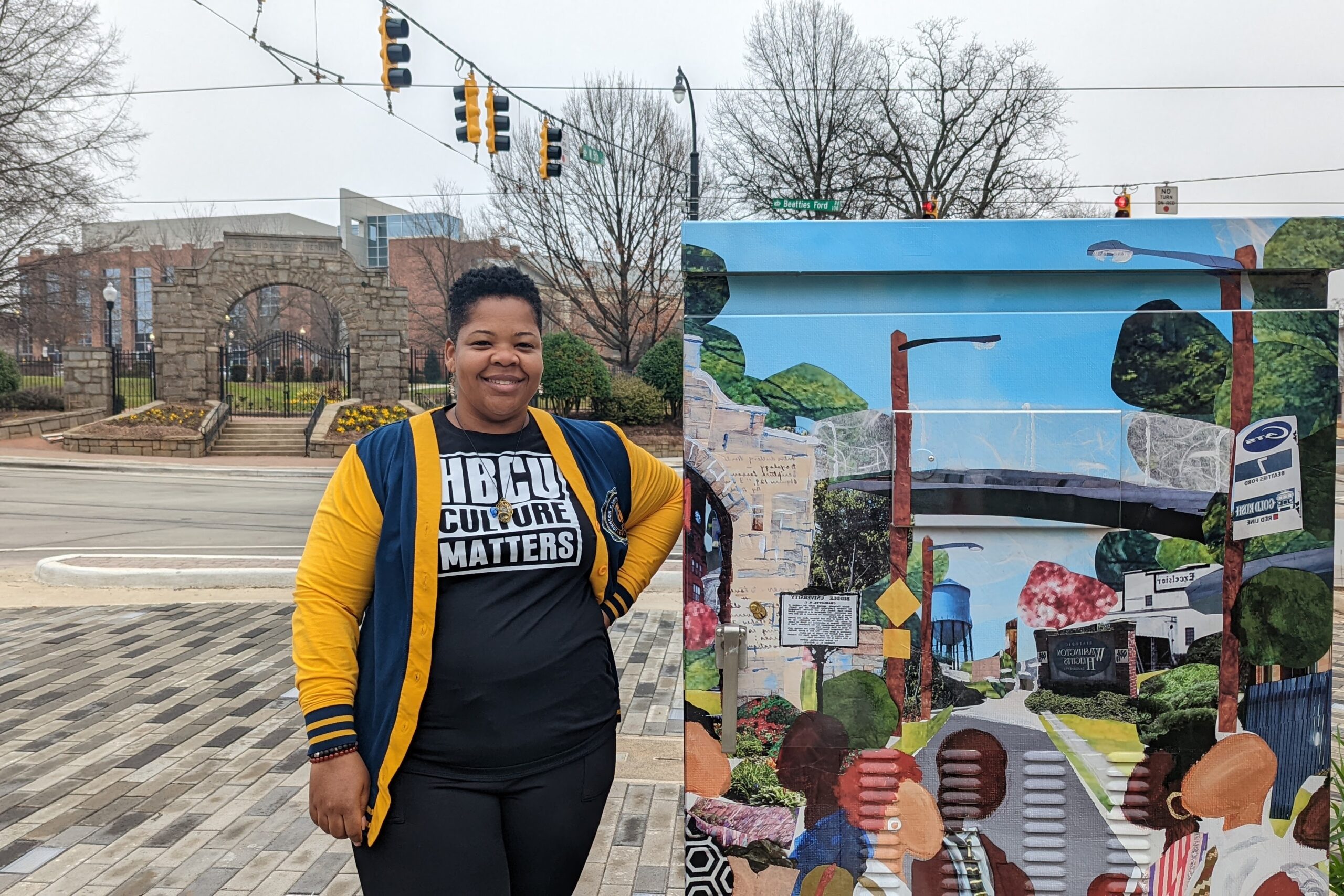 When Jessica Macks was a student at Johnson C. Smith University, few people gathered in the vacant lots of Five Points, a commercial area just a stone’s throw from campus. Fast forward 20-plus years and the city of Charlotte has transformed those lots into Five Points Plaza, an outdoor space for hosting events and community gatherings, with Macks hired as activities directors.

On March 12, the city, along with the Knight Foundation, will host a daylong grand opening event for the $5.5 million project, where final touches of construction are being completed.

In an interview with QCity Metro, Macks said she’s excited to get started. In addition to hosting events, she said she wants the plaza to be a space where residents can relax and hang out.

Q: What were you doing before you were hired to work with Five Points Plaza?

I was a production and logistics manager for HBCU Culture, and I did live musical performances. I still do both of those things. I’ll be performing for the Queens of Charlotte concert at the Knight Theater the day before the grand opening.

Q: How does your work experience influence your job now?

Having both performed at events and coordinated them, I know what the process is like from both ends. That experience helps with putting things together.

Q: How can people bring their events to Fives Point Plaza?

They can visit our website, fivepointsplaza.com. There’s a questionnaire for if you want to volunteer. If you want to post an event, just submit the information to us and then we go from there.

Q. What kinds of programs and events can be held here?

The activation that’s going to happen on March 12 is going to give the community an example of what can be done in the spaces — live performances, yoga lessons, things like that. We don’t want to limit that; we want to push the envelope so they think, “Oh, there are so many things that we can do here.”

Q. What other projects have you worked on around Charlotte?

I do a monthly show with Blumenthal Performing Arts called “Acoustic Grace.” We highlight local artists here in Charlotte and within the metro area. Now I’m starting programming for Five Points and then some things around the University area to come real soon. HBCU Culture is another organization that I work with.

Q: Could you share a little bit more about your HBCU work?

I am the production and logistics manager. I pretty much organize all the events from top to bottom. We will be doing another “Battle of the Bands” in November. This will be our fourth year in Charlotte at the Bojangles Coliseum.

Typically we have maybe five to six bands that we showcase, and then we provide a free Fan Fest for the community before the actual battle, programming that brings in artists from the local community . I call it the pregame to the battle.

We also do a college and career fair during that time, too, so students can talk to the colleges and waive the application fee at that time and maybe get accepted right on the spot.

Q: What are you most excited to see come from this space?

I’m most excited to see the community use the space to support itself. That’s the whole point of giving this space where they can come relax, work and hang out. Eventually, I want to do the farmer’s market here, because this area is considered a food desert. There’s no grocery store on this side of the West End. I’m excited to bring in more health and wellness activities available for the community.

Q: Do you see this space as being something for people of all ages?

I can see communities coming and having a cookout here. I can see the university even doing something over here. The folks at Atrium can come out here on their lunch breaks. It’s for the public.

Q: Will you be collaborating with any restaurants, organizations or businesses in the area?

Creating a sense of community and boosting the local economy would be the main point of doing those things.

Q: What will launch day look like on March 12?

The grand opening is going to be jam-packed with events and programming. Not necessarily live music because that’s a lot of moving parts. Eventually, we’ll probably try to get the Charlotte Symphony to bring a quartet out here. We may also try to do a summer music series. These are the ideas and things that are in talks but not solidified yet.

Q: What other visions do you have for the plaza?

This article was published as part of our West End Journalism Project, which is funded by a grant by the John S. and James L. Knight Foundation.