Living the life of Tensley Brandon 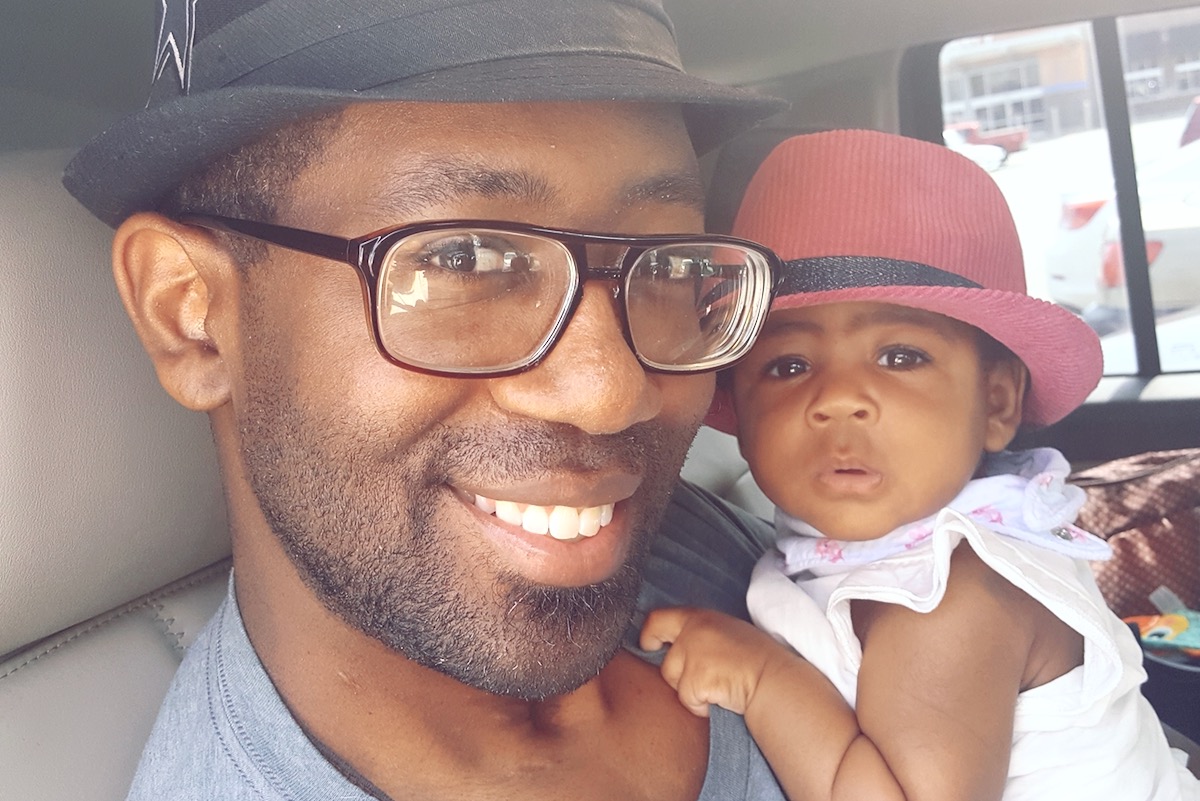 Living the life of Tensley Brandon

He had a strong faith in God and was admired by a north Charlotte community of family, friends and strangers. He kissed his wife every morning, enjoyed his job as a movie theater greeter, and came home at night to a daughter who adored him.

As a teenager, Mr. Brandon had been a promising basketball player at Independence High School, a 6’2” guard who was good at dribbling and played tenacious defense. But a car crash during his junior season nearly claimed his life.

An above-the-knee left-leg amputation meant his basketball days were over. And after five months in a coma, head trauma required years of therapy to improve his slurred and stuttered speech. His short-term memory impairment never fully recovered.

When he married Tahren Terrell in 2007, he became the “gift of a lifetime,” a trusted confidant who told his wife she was beautiful every day.

At the AMC theater in Northlake Mall, he was a reliably friendly presence, positioned in a wheelchair inside the front entrance. For 12 years, Mr. Brandon endeared himself to staff and patrons with an unforgettable laugh that both charmed and disarmed those he encountered.

On Nov. 25, a few minutes before midnight on Thanksgiving Day, he died unexpectedly from what his doctors suspect may have been an aneurysm. He was 39 years old.

If Mr. Brandon ever had a bad day at work, he never let it show.

He was “pure” and had a “warm, welcoming laugh” that filled the theater’s lobby, according to Jacqueline Teske, a manager at Northlake AMC. He worked hard as a greeter and always offered extra help when needed.

“Anything he could do he would do it,” Teske said.

The most important part of his job became keeping up with a long list of friends.

Some customers have said over the years that Mr. Brandon was the primary reason they went to Northlake AMC, and they returned the feeling he gave them with gifts of baked goods, Christmas presents for his daughter, and anything related to his beloved Dallas Cowboys.

Jamie Burch, a longtime patron of Northlake AMC, recalls Mr. Brandon every time she walked through the theater’s front door. “‘Heyyy! How are you doing,’” she repeated in his unique drawl.

“His face lit up to see you. It made you feel special,” Burch said.

Steve Huber, a retired Charlotte-Mecklenburg police officer who works as a security guard at Northlake Mall, said “everybody gravitated towards Brandon.”

“Even if he was helping another customer, he would catch me out of the corner of his eye, and this huge smile would come across his face,” Huber said. “And I would just stand right there next to him.”

Erica Marshall, who once worked at Northlake AMC and recently went back to see a movie, said the first thing she saw after walking inside was Mr. Brandon’s smile.

“Knowing Tensley Brandon is knowing that somebody cares for you and genuinely sees the best in you,” she said.

Loved as a whole person

Early in the morning on Nov. 25, 1998, Brandon Tensley’s car veered off the road on his way to basketball practice. It stopped after wrapping around a tree.

Tony Huggins, his former coach at Independence High, said the junior guard who wore the #15 jersey was “ready to take off” at the start of the season. He was poised to play a critical role on the team, and colleges were starting to show recruiting interest.

Ironically, Mr. Brandon was not supposed to practice the day he crashed his car; his coach had excused him for being sick. Nevertheless, he was determined to be there.

“That’s just the type of kid he was,” Huggins said. “He loved being in the gym, he loved basketball, and he was a hard worker.”

Celia Brandon-Phelan, Mr. Brandon’s mother, recalled the crash and the five months that her son lay in a coma as being “one of the worst times of my life.”

“All I wanted was to have him back,” she said.

When her son finally awoke, Brandon-Phelan counted her blessings. “God gave him back, and I loved him as a whole person regardless,” she said.

Despite the setbacks, Mr. Brandon finished high school on time. He enrolled at North Carolina A&T State University and, after seven years of persistence, graduated with a degree in print journalism. He later took online courses at Liberty University to earn a master’s degree in sports management.

Mr. Brandon had “all the tools he needed from early on in life” to live a successful life, says Wes Dewalt, a lifelong friend.

“God did a good job making sure he had the right foundation,” he said. “He knew the life [Brandon] was going to have.”

The two became brothers at an early age, and when Mr. Brandon died, Dewalt said he lost “a part of me.”

Mr. Brandon’s love for being around others aided his recovery.

As he navigated life, his wife Tahren saw his confidence grow. She doesn’t remember exactly when his slur and stutter faded, but it slowly began to happen. And he always made an impression on people, which led them to stay in touch.

Tahren called this her husband’s “je ne sais quoi.” She used to tell him, “You’re living the life of Tensley.”

Mr. Brandon never talked much about his hardships in life, but he made an exception for Mike Roberts.

In 2009, Roberts was in a head trauma rehabilitation program at Carolinas Medical Center when the two men struck up a conversation, and they continued to talk through frequent phone calls.

Each time Mr. Brandon’s name would flash on Roberts’ phone, “the weight of the world lifted off my shoulders,” Roberts recalled. Sometimes Roberts would complain about not remembering things, and Mr. Brandon would relay that he was going through the same thing.

Through his own speech difficulties, Roberts said he’s not sure how to describe everything Mr. Brandon meant to him. “Honestly, I just can’t put it into words,” he said.

Roberts didn’t need words on the day of Mr. Brandon’s funeral, when he wiped away tears while carrying his friend’s casket.

“He was special because he was Tensley,” Roberts said.