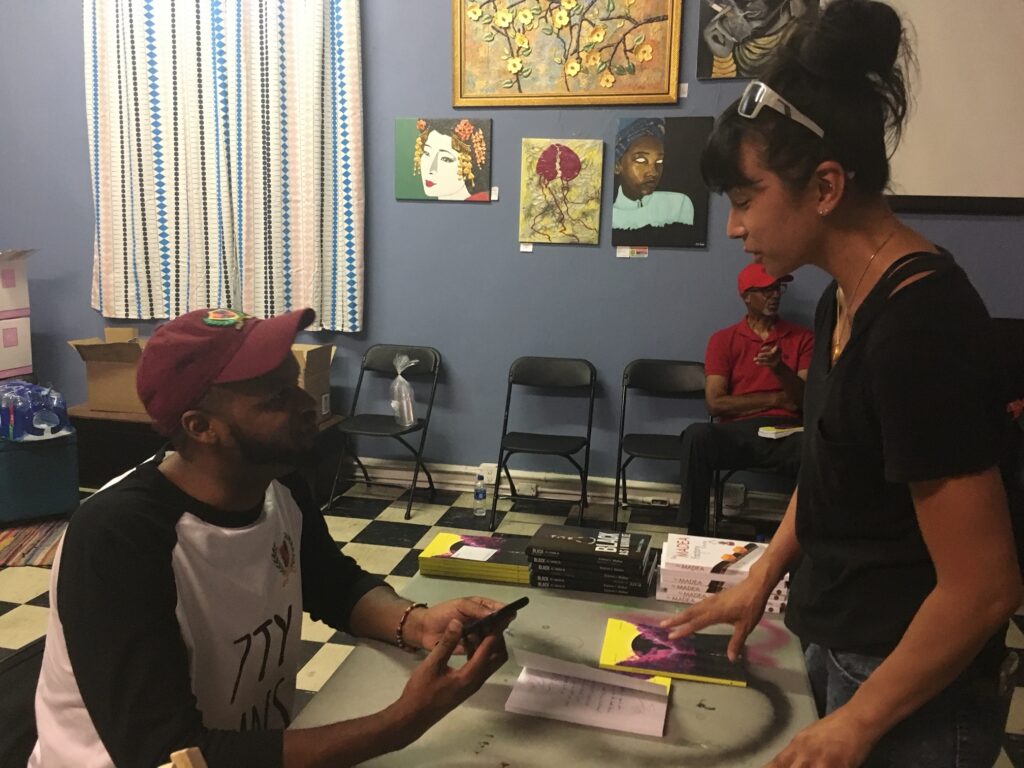 Pronounced “Dope,” Dupp & Swat’s creative studios have been in Charlotte for over 10 years now. I sat down with the founders, Davita and Dion Galloway, to get to know their journey.

Davita, an artist by nature, once studied fashion design in New York. Though after running into issues there, she soon realized that scene wasn’t for her, and arrived back home. Despite the minor setback Dion wanted to support and propel Davita’s artistic talents, which he’d seen his entire life.

When telling the origin story of Dupp & Swat, Davita laughs more than Dion, and for good reason.

You see, Davita asked Dion for a down payment to get a car once she had returned from New York. Being her brother, he gave it to her no questions asked. Come to find out, Davita spent the car money on a studio space instead. And the rest is Black history.

Dion is now able to crack a smile as she tells the story, but he remembers opening up in NoDa originally when the shelves were bare. “The next thing you know, I see racks of clothes, I see people congregating, art on the walls – it quickly went from empty shelves to full of energy and life,” says Dion.

With that said, the Dupp & Swat you see today is not the vision they originally had. Davita explained, “when we opened our doors, the community flew in and told us what it was going to be. They came in with lots of questions, asks, wants and desires. And we understood it. It’s people who look like us that are oftentimes told no by other venues and entities so approaching us is a lot easier because we look like them. It’s about representation.”

Twelve years later, the siblings have continued to be interwoven with the Charlotte community and exists as a space where all Black creativity and imagination can thrive.

I should know, I learned of Dupp & Swat when living out of state, but I wanted to throw a book launch party in Charlotte.

Once I discovered them, there was no turning back. I had my book signing at their Plaza location in 2018 where Davita was more than helpful and kind.

The event was a success and Dupp & Swat was the perfect venue to hold those memories.

I’d like to say that my experience there is significant to me, however, with the amount and wide array of events they hold, the community at large has grown to love what Dion and Davita have nurtured over the years.

When asked about community moments that stand out to them, among many things, Dion mentioned hosting a spelling bee and Davita recalled helping the unhoused in Charlotte’s tent city.

Davita remembers, “there was a lot of struggle and growing pains in the first year as we figured it out. Looking back, what’s really dope is we didn’t give up.”

Check them out at Camp North End.

What: An exhibit Celebrating Black Fashion and Culture curated by Dupp & Swat.

Tickets are currently sold out, but interested parties are encouraged to pull up.