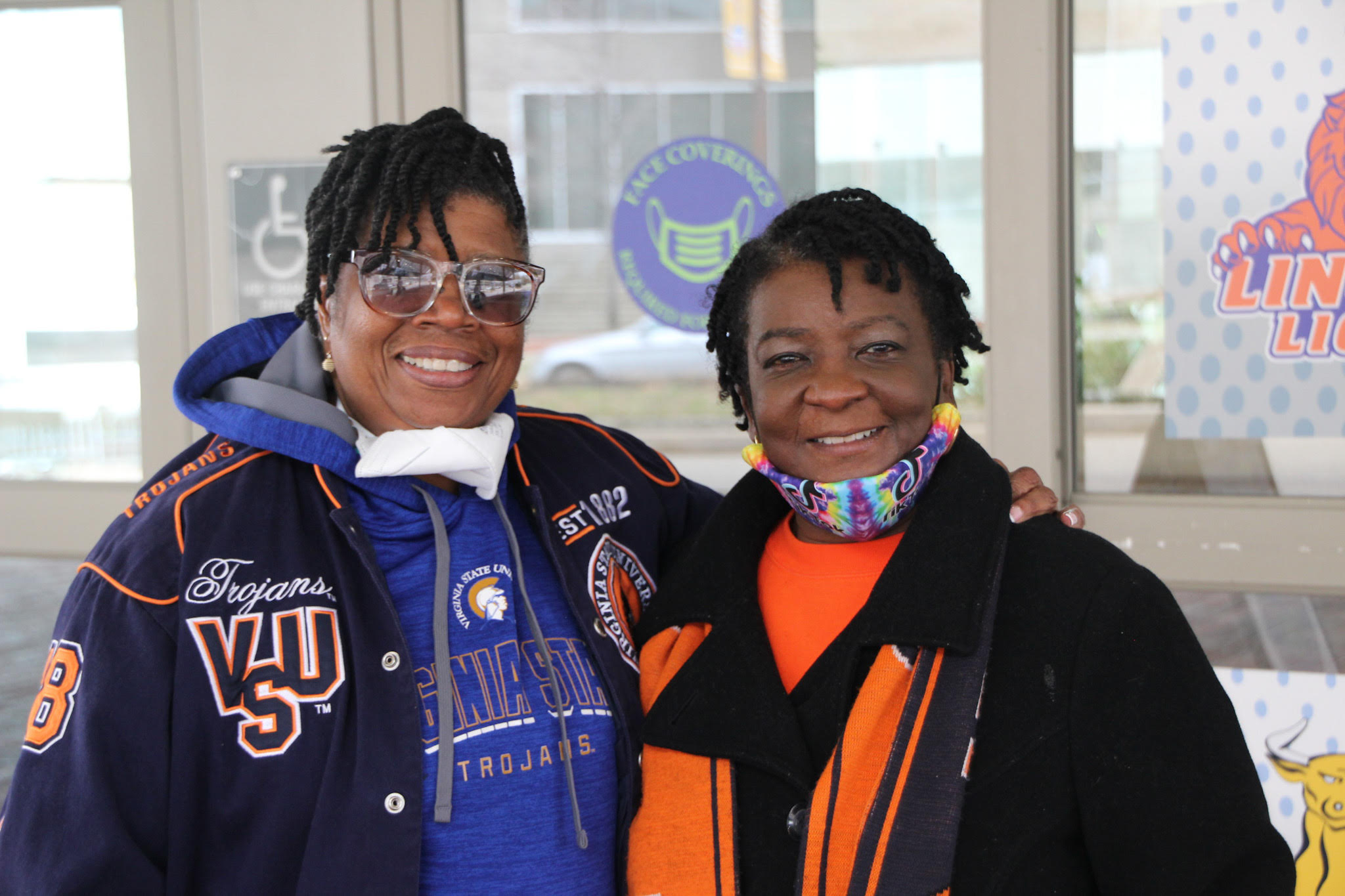 The CIAA Basketball Tournament is back, only this year it’s in Baltimore.

QCity Metro reporter Jalon Hill is there to share the sights and sounds. He’ll be updating this journal throughout the tournament.

The afternoon temperature was a chilly 43 degrees when Faye Strong and Deborah Robinson set out for CIAA Fan Fest.

They are both 1980 graduates of Virginia State University, and they have attended every CIAA Week for at least the last 20 years.

Despite the chill, they said they were looking forward to catching up with former classmates and enjoying the city.

“We used to go to the day parties and jazz club in Charlotte, so we plan to do that here,” Strong said.

Xavier Sykes had never experienced CIAA Week, but with the party now in his hometown, he decided to give it a try.

As of Friday, the Bowie State University graduate had attended every game and was planning to attend the Battle of the Bands and Step Show.

When asked whether he would return, Sykes smile.

“Probably until the day I die,” he said. “I’ll come back again.”