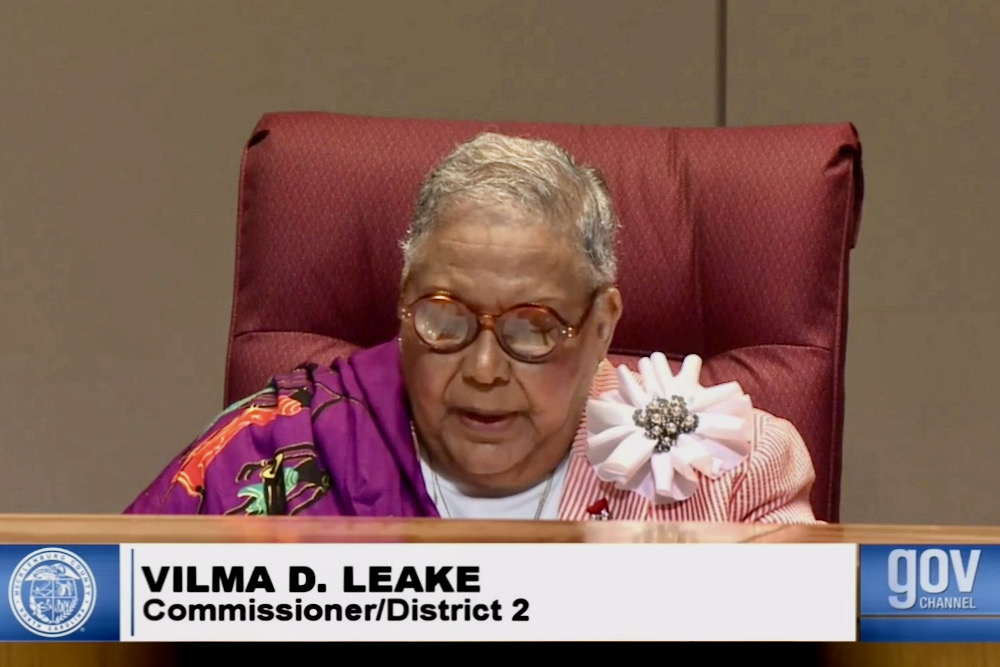 Declaring that “violence is rampant in our community,” Vilma Leake, who represents west Charlotte on the Mecklenburg Board of County Commissioners, said older residents must reach out to young people in their communities to offer support and guidance.

“We have got to do something better than what we are doing to grab these young people…to give them the value of wanting to live and survive,” she said near the close of Tuesday’s commissioners meeting.

Leake, who once served on the Charlotte-Mecklenburg school board, said education is essential to addressing youth violence.

“Because if they’re not educated,” she said, “they have no future, and that’s why I fight so hard about reading, writing and arithmetic.”

Leak made those remarks following a Monday evening shootout that left two people wounded in southeast Charlotte. The victims were ages 15 and 1, the Charlotte-Mecklenburg Police Department reported.

Leak referenced that shooting in her remarks. She also said that she had attended the funeral of 3-year-old Asiah Figueroa, who died this month when suspects fired more than 150 bullets toward a house where he was sleeping. CMPD arrested three people in connection with that shooting.

“…We’re cutting off the lifeline of people who look like you and me…,” Leak said.

Leake’s words mirrored those of North Carolina Central University Chancellor Johnson O. Akinleye, who earlier this week called on officials in Durham to address youth violence following a double homicide on the North Carolina Central campus. The authorities have said that shooting was unrelated to the university.

In Charlotte, CMPD said the victims of Monday’s shooting were both wounded during an exchange of gunfire between the occupants of two cars.

The police have charged two teens — ages 15 and 19 — in connection with the shooting, which happened around 6:12 p.m. in the in the 5700 block of Independence Blvd., just east of Monroe Road. Both were in the car with the 1-year-old victim, according to CMPD

Both victims were expected to survive their wounds.

The 19-year old suspect was charged with two counts of contributing to the delinquency of a minor, reckless driving and hit and run. The 15-year-old juvenile was charged with possession of a handgun by a minor.

The police on Wednesday were still searching for the occupants of the second car, described as a gold sedan with side-swipe damage on the driver’s side.

Anyone with information about this crime is asked to call Crime Stoppers at 704-334-1600.