As UNC Charlotte’s top receiver, Grant DuBose is making the most of a second opportunity 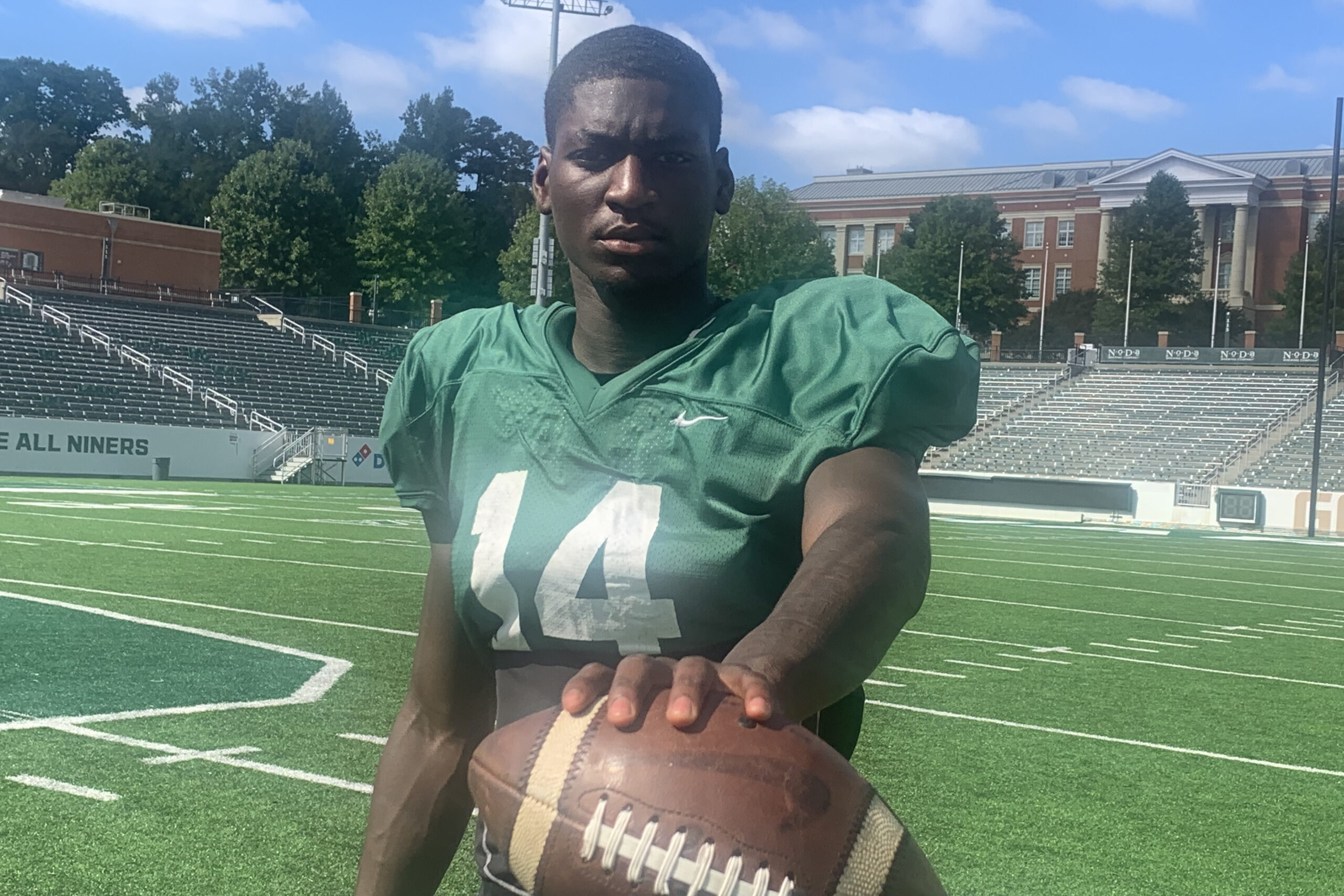 As UNC Charlotte’s top receiver, Grant DuBose is making the most of a second opportunity

Around this time last year, Grant DuBose was working at Walmart, helping with online grocery orders in his hometown of Montgomery, Alabama.

He was just a year removed from playing football at Miles College, a small, historically Black school with about 1,500 students, where the Covid-19 pandemic had scuttled the football season. All he knew for sure was that he wanted to transfer, a shot at something bigger.

Today the 20-year-old sophomore is the top receiver at UNC Charlotte, with 466 receiving yards and four touchdowns so far this season. And following Charlotte’s upset win over Duke in early September, his name was in headlines all over the internet.

“During my time at Walmart, I always thought of the goals I was working towards,” he recalled during an interview with QCity Metro. “That time in my life taught me to trust the process and be consistent with it.”

At six feet two inches tall, DuBose said he felt overlooked by college recruiters coming out of Park Crossing High School — he didn’t have a single offer going into his senior year, despite competing with and against other top recruits.

“I had success at practice against that competition and on Friday nights playing against it,” he said. “So it was just a feeling that I know I can play at that level and compete against that level.”

Just 10 days before National College Signing Day, he got an offer from Miles College, which plays in Division II.

As a freshman there in 2019, DuBose played in 10 games and finished the season with 104 yards and one touchdown. But after the pandemic canceled the school’s 2020 season, he opted to transfer.

“I really just wanted to take a bet on myself, a gamble on myself, to be able to put myself in a position where I could get some good exposure,” he said.

While he waited, DuBose returned to Montgomery, working three part-time jobs that year, including at Walmart. Balancing his work and staying in shape for football, he said, was a challenge.

In addition to working, DuBose also reconnected with a childhood friend, James Foster, a backup quarterback at UNC Charlotte who had just transferred from Texas A&M. After a few workout sessions together, Foster encouraged the 49ers’ coaching staff to give DuBose a tryout.

“He blew us out of the water. He was special from the get-go, so it was a no-brainer for us,” Healy said.

DuBose said that while he was in talks with a few other schools, Charlotte was the biggest — a Division I program with lots of veterans who had paid their dues.

In his Charlotte debut on September 3, DuBose caught four passes for 118 yards and two touchdowns in the win against Duke.

Since then, he’s added 348 yards, 2 touchdowns, and is averaging 16.1 yards per reception. He currently ranks in the top-50 of ESPN’s college receiver statistics.

Healy says he enjoys coaching DuBose and seeing the sophomore’s growth as a player and leader.

“He leads by example, and I think when it comes time to work, he’s willing to bring other people along with him,” Healy said.

DuBose, meanwhile, said he is thankful for his production and is taking advantage of his current opportunity.